In the mid 1960’s, the Clubs founder, Ron Kennedy began serving a critical need in Lindsay – child and youth recreation. Ron’s group of boys and girls never received much notice until the Queen St. United Church congregation came to church and discovered 80 windows had been broken. At a hastily called meeting, Ron quietly remarked it was probably “his kids” who were responsible. Instead of turning their backs on Ron and the kids, programs were quickly developed for the Queen St. Annex, St. Mary’s Church, Cambridge St. Church and eventually the 3rd floor of the Russell St. Arena.

Ron was pulled bodily up the stairs, which had an incline steeper than Mount Everest. In 1969, Ron inspired a group of concerned citizens to create Kawartha Youth Incorporated (KYI). A building was purchased at the corner of Cambridge and Wellington Streets and a legacy of serving all young people, particularly those with special burdens to carry, was born. Since that time, thousands of volunteers and staff people have banded together to continue the mission of making a difference in the lives of children.

The Club has been a home away from home for local kids both as KYI and later as the Boys and Girls Club. Since it’s beginnings under Ron Kennedy’s direction, the Club has grown into a diverse organization helping over 4,000 children and youth throughout the City of Kawartha Lakes. Hundreds of kids benefit daily from the Clubs programs and services.

In 2010 the Club celebrated its 40th Anniversary. A commitment to help every young person from infancy to young adult hood and families with their special burdens burns brightly in every Club team member.The Club continues to secure resources/partnerships, and achieve operational excellence to increase impact on the lives of children, youth and families in the City of Kawartha Lakes and Peterborough. We look forward to celebrating  our 50th Anniversary in 2020! 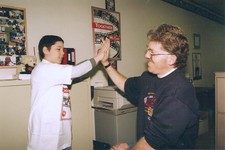 2021 Boys and Girls Clubs of Kawarthas Lakes changed their name to BGC Kawarthas. And our Foundation has become BGC Kawarthas Foundation. Not to be trendy. Not because its shorter or catchier. But because we open our doors to all kids and teens across the Kawarthas and we believe our name should reflect that.

Removing gender from our names modernizes BGC Kawarthas and echoes the inclusive practices we’re known for without straying too far from our history and national brand awareness. It also embraces the fact that we proudly serve young people and families of all ages, backgrounds and identities.